Former shadow chancellor Ed Balls is a Professor of Political Economy. Working with the Strand Group he continues to build on the teaching he has been doing as visiting professor since 2015. 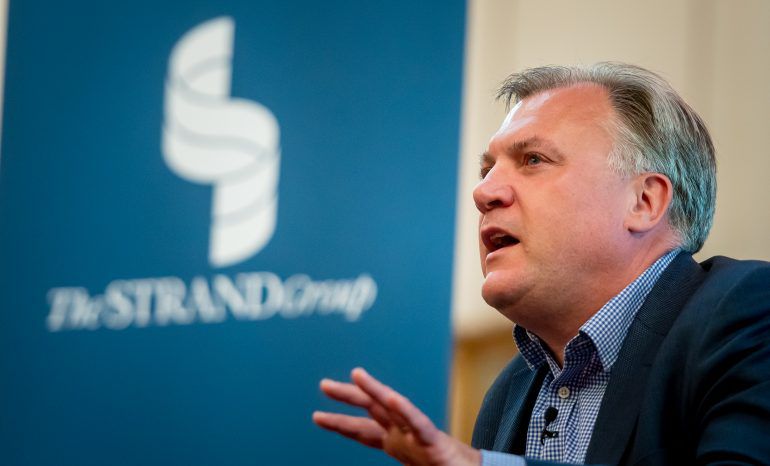 Ed joined the UK Treasury in 1997 and served as chief economic advisor to the Treasury 1999-2004, where he led the design of policies including independence of the Bank of England, the UK Fiscal Code and the introduction of performance budgeting, New Deal jobs programme, the Five Tests Euro assessment and tax credits. He later became Secretary of State for Children, Schools and Families under Prime Minister Gordon Brown. He went on to serve as shadow home secretary and shadow chancellor as part of Ed Miliband’s opposition shadow cabinet.

Since he left parliament in 2015, Ed is now in his sixth year teaching the popular Department of Political Economy master’s course, The Treasury and Economic Policy since 1945 with Dr Jon Davis and Lord Nicholas Macpherson.

Since 2015, Ed has also been a Senior Fellow and Research Fellow at the Harvard Kennedy School where he has published a series of papers on the evolution of central banking post-financial crisis and the impact of Brexit on British business. He has given seminars at Harvard, Yale, NYU, Stanford and USC as well as regularly at King’s.

Ed has also served as a consultant at the International Monetary Fund and at the EU, advising on fiscal frameworks and performance budgeting, and as chairman of Norwich City Football Club. He is currently co-chair of the UK Holocaust Memorial Foundation and continues to make a series of popular documentaries for the BBC on politics, economics and culture.