#Event number30Launch of ‘Half In, Half Out – Prime Ministers on Europe’ 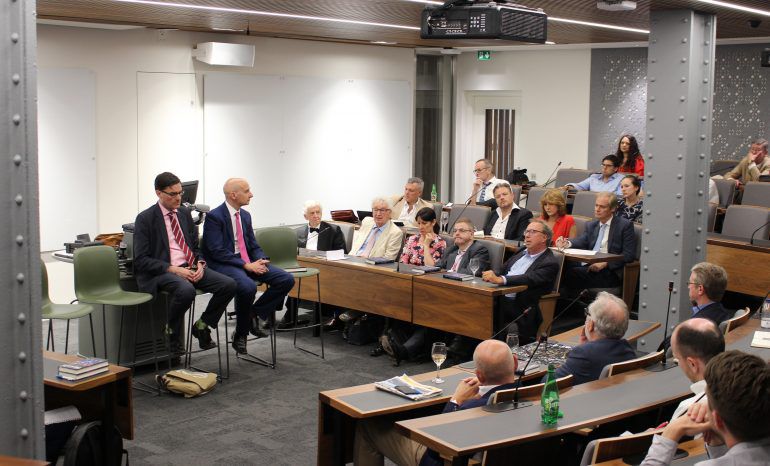 Lord Adonis, Rachel Reeves MP, Michael McManus, Lord Owen, Lord Powell, Steve Richards, Michael Faber and Dr Andrew Holt were at King’s College London on Monday 25th of June to Launch ‘Half In Half Out: Prime Minister’s on Europe’ a collection of essays born out of a series of Oxford University lectures devised by Lord Adonis.

The contributors at the event discussed how the Prime Minister they wrote about in the book would have dealt with the negotiation, referendum and subsequent negotiations. Discussing her essay on Clement Attlee, Rachel Reeves MP said that Attlee felt very strongly about Britain’s role as a global power before we were a European power and that our key relationships lay with the Commonwealth.

Lord Powell commented that ‘Mrs Thatcher would not have tolerated Boris Johnson in her Cabinet; and that she would have ‘fought hard to preserve the single market’.

Journalist Steve Richards focused on Harold Wilson’s slippery negotiation style both with other governments and the delicate egos that needed to be balanced within the Labour Party. Lord Donoughue, a guest on the evening and former head of Harold Wilson’s Policy Research Unit reflected that although Wilson was not a fan of referendums and viewed them as a device for tyranny he ‘showed how referendums should be done’ in 1975.

Lord Adonis speaking about Tony Blair’s approach to Europe said Blair would have ‘played it long, but with a clear view, and having negotiated an end to free movement of people would have pursued the option of continued EU membership without free movement, and held a referendum on that.’

Questions were taken from Jonathan Freedland from The Guardian, Philip Stephens from the Financial Times and William Keegan from the Observer. Jonathan Freedland discussed the power vacuum left after Cameron’s departure after his referendum defeat, Philip Stephens recalled Margaret Thatcher grabbing him by the lapels saying that she would not let the Belgians set the price of sterling, during discussions over whether the UK should join the exchange rate mechanism in the 1980s and William Keegan, praised the Single Market as, ‘Thatcher’s greatest achievement.’ Questions were also taken from the former Head of the Home Civil Service Lord Kerslake and Former Foreign Secretary, Lord David Owen, who said that says past prime ministers would not recognise Whitehall as it is today.

Essays featured in the book: 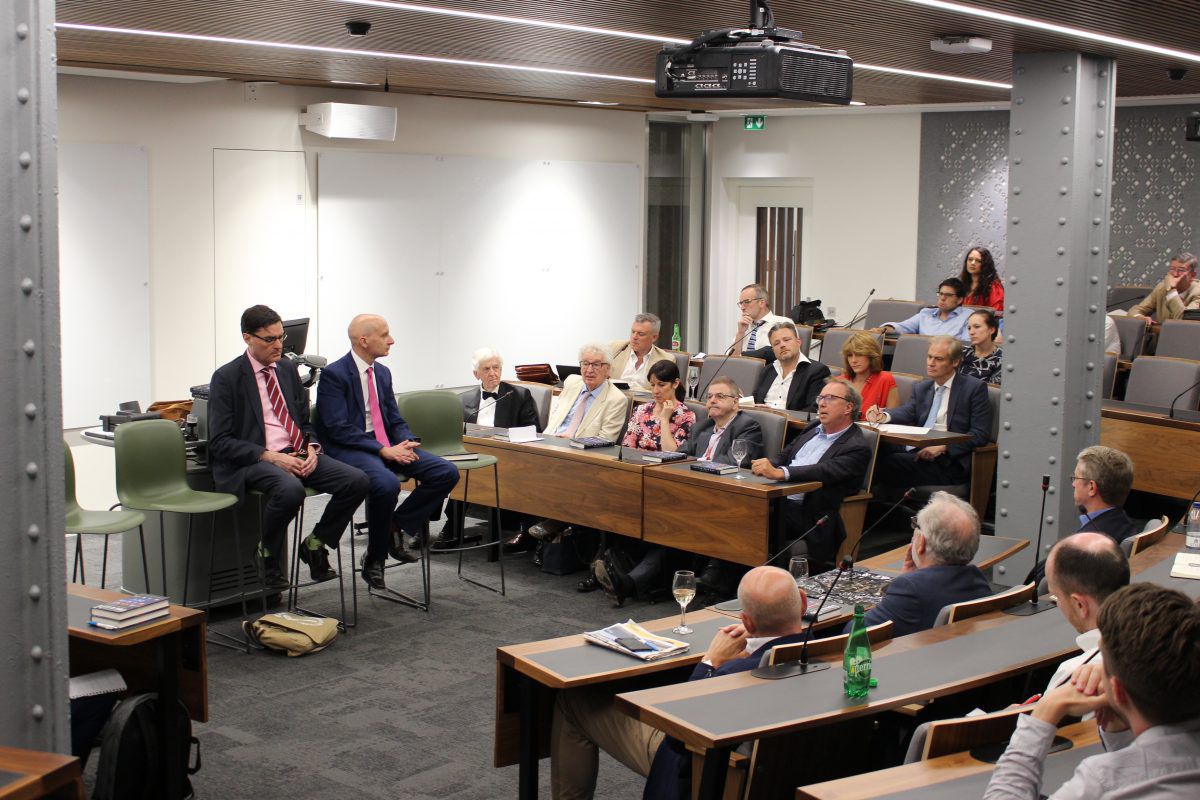