#Event number8Dame Sally Davies: ‘The End of Antibiotics and What Government Can Do About It’

The UK’s Chief Medical Officer, Professor Dame Sally Davies, spoke about the future of antibiotics at the eighth event of the Strand Group. Dame Sally used the occasion, held during the first World Antibiotic Awareness Week, to highlight the pressing global threat of antimicrobial resistance (AMR) and advocate political action at all levels to contain it. 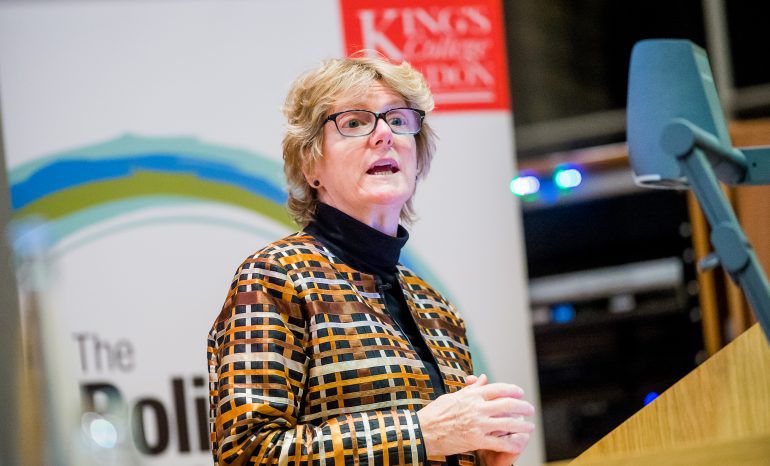 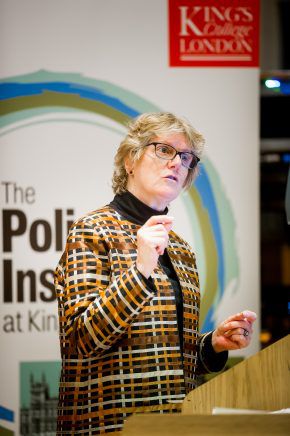 AMR is when the microbes that cause disease (including bacteria, viruses, fungi and parasites) cease to be affected by the drugs used to kill them. First described by Charles Darwin, random mutations occur in microbial DNA that lead to drug resistance giving the ‘resistant microbes’ the ability to survive, reproduce and pass on their resistant genes. One particular area of concern is a subset of this process, that of antibiotic resistance, where the drugs used to treat bacterial infections, such as salmonella, pneumonia and meningitis, become ineffective.

Modern heath care is heavily reliant on effective antibiotics drugs. Without them, the risk of infection would make treatments such as chemotherapy (which weakens the immune system) and standard surgical procedures such as caesarean sections and hip replacements too dangerous because we would not be able to treat many infections that arose. Organ donation too would become practically impossible.

Describing the scale of the issue, Dame Sally said, ‘It is difficult to overstate the magnitude of the threat we face – allowing AMR to continue unchecked could ultimately signal the end of modern medicine. We risk returning to the pre-antibiotic era, when infectious diseases were responsible for around 40 per cent of all deaths, compared to the 7 per cent of deaths they cause in England today.’

Dame Sally warned that a world in which AMR kills is not just hypothetical. There are already over 20 bacterial strains displaying resistance to multiple antibiotics, and conservative estimates suggest that antibiotic resistance claims 25,000 lives in Europe each year, with the potential for the annual global death toll to reach 10 million by 2050 if antibiotic resistance is left unchecked. Antibiotics are estimated to have added 20 years to our lifespan, but this could very easily be wiped out.

The Chief Medical Officer is the UK government’s most senior advisor on health issues, and Dame Sally outlined how she had used her position to put the impending crisis of AMR on the government’s agenda following the publication of her 2011 Annual Report on Infectious diseases in 2013. Whilst the process of AMR is not new – Alexander Fleming, the father of antibiotics, highlighted the problem when accepting his Nobel Prize for Medicine in 1945 – it became clear to Dame Sally while writing her Report that the problem had reached alarming proportions, needing an urgent political response. 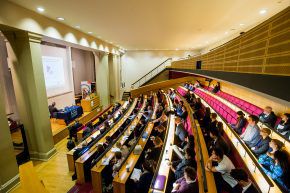 Describing her role in raising awareness amongst politicians, policymakers and the public, Dame Sally recalled her determination that it would not remain a niche health issue. AMR is now an international concern and in July 2014 the Prime Minister launched the AMR Review chaired by Lord O’Neill – an independent investigation into the economic impact of AMR and barriers to the development of new antimicrobials. This announcement was a direct result of Dame Sally’s advocacy at the highest levels of government and is evidence of the growing recognition that economic solutions are required alongside public health interventions.

Dame Sally concluded, ‘The fact is, like many of the really difficult challenges facing government, AMR is not a problem that we can simply solve and then forget about. It is a constant battle – a race to stay one step ahead of evolution. Antibiotic resistance will always emerge, what we need to do is minimise the opportunities for it to spread and develop new drugs to use when existing ones become obsolete. I will continue to work towards this effort in my role working across government and with politicians.’