On Wednesday 5 October the Hon. Julia Gillard spoke at the fifteenth event of the Strand Group on 'The Future of the Commonwealth.' 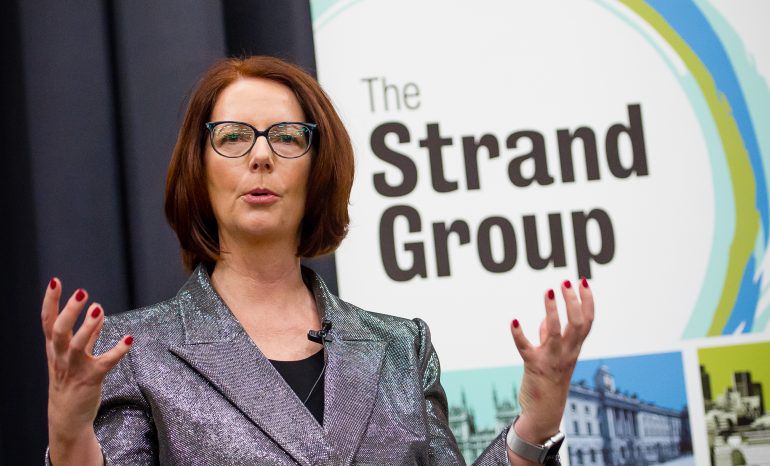 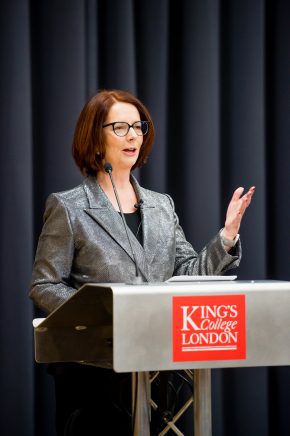 On Wednesday 5 October the Hon. Julia Gillard spoke at the fifteenth event of the Strand Group, the signature seminar series of the Policy Institute at King’s, on The Future of the Commonwealth. 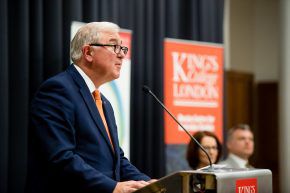 Professor Edward Byrne, President and Principal of King’s College London: ‘Professor Gillard’s lecture on The Future of the Commonwealth comes at a significant moment in Britain, with the country re-negotiating its economic, trade, and cultural relationship to the rest of the world. The whole King’s community is invested in the questions that arise from Brexit. We have much to learn, then, from Ms Gillard’s experience in negotiating deals on a world stage, developing national policies in a period of great change, and steering difficult legislation through parliament. Her appearance tonight as a Visiting Professor at King’s could not be more timely, just as her well-known commitment to education makes her presence at the College all the more welcome.’