The twenty-eighth event of King’s College London’s Strand Group  took place in the Ministry of Defence on the 17th of April.

Defence & securityMachinery of government
Past event
18.00
Ministry of Defence, Whitehall 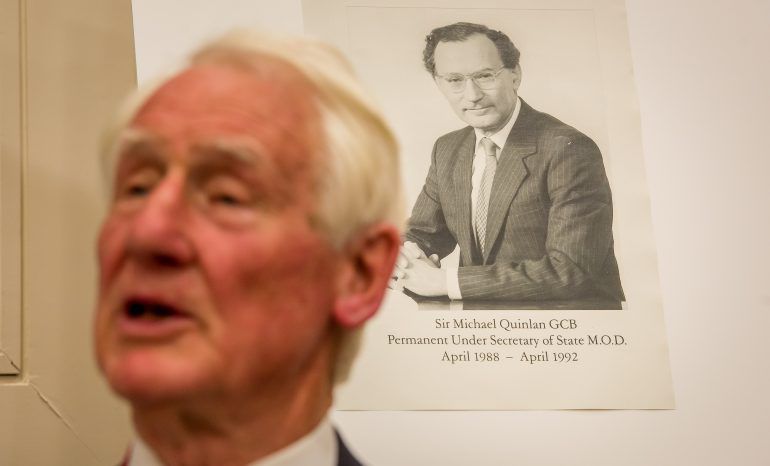 A panel including Lord Butler of Brockwell, Cabinet Secretary (1988-1998); Sir Richard Mottram, Security and Intelligence Co-ordinator (2005-2007); Sir David Omand, Security and Intelligence Co-ordinator (2002-2005) and Sir Kevin Tebbit, Permanent Under Secretary of State MoD (1998-2005), discussed the late Sir Michael Quinlan’s extraordinary career and legacy. The event was chaired by the BBC’s Carolyn Quinn. The event was opened by the current Permanent Secretary at the Ministry of Defence Stephen Lovegrove.