Lord Hennessy of Nympsfield and Dr James Jinks launched their new book, The Silent Deep: The Royal Navy Submarine Service Since 1945, at a Strand Group event at King’s College London on Monday 9 November. 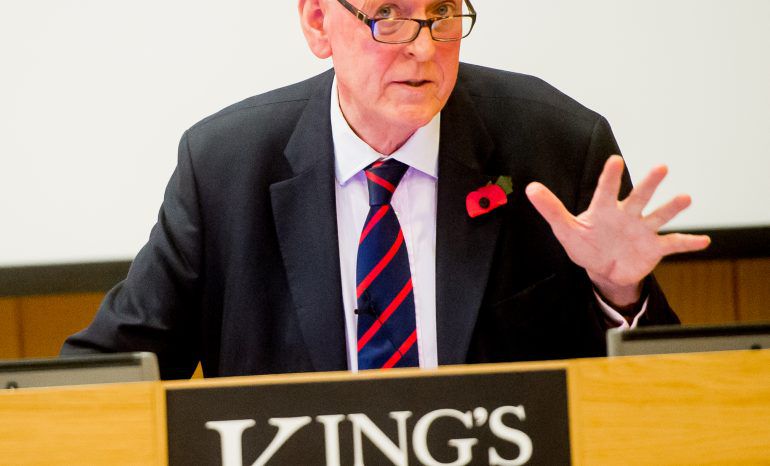 Lord Hennessy of Nympsfield and Dr James Jinks launched their new book, The Silent Deep: The Royal Navy Submarine Service Since 1945, at a Strand Group event at King’s College London on Monday 9 November.

The Silent Deep is the first authoritative history of the Submarine Service from the end of the Second World War to the present day. It gives the most complete account yet of the development of Britain’s submarine fleet, its capabilities, weapons, infrastructure and operations, and includes the testimony of many submariners. 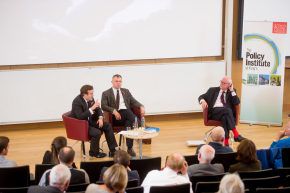 Submariners, in particular, have traditionally remained silent after their service, rarely producing memoirs or speaking about their experiences. Dr Jinks explained why he felt it was time to produce the book, and provide a detailed and fascinating insight into their world.

The experience of the Submarine Service during the early Cold War, primarily engaged in anti-Soviet espionage, was described in detail by Dr Jinks. It was during this period that the Royal Navy also took over responsibility for Britain’s nuclear deterrent from the Royal Air Force.

Dr Jinks also described the role of the submarine service during the Falklands war, pointing out that they had not expected to end up fighting in the South Atlantic – the only time the service would become involved in a ‘shooting war’. It was during this period, Dr Jinks suggested, that it became clear that the nuclear submarine was one of the Royal Navy’s most important assets. 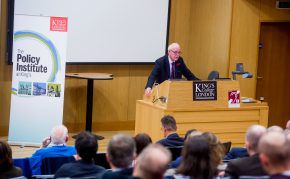 Lord Hennessy explained the origins of the work, which whilst not authorised or an official history, was conceived and completed with a great deal of assistance from the Royal Navy. Both Lord Hennessy and Dr Jinks were granted security clearance and access to documents in both the National and Royal Navy Archives.  The result is a key text that provides an important historical perspective on issues that are still pertinent today.

After co-founding the Institute of Contemporary British History in 1986, Lord Hennessy became Attlee Professor of Contemporary History at Queen Mary, University of London in 1992. Other works published by Lord Hennessy include Whitehall (1989), The Prime Minister: the Office and its Holders Since 1945 (2001), and Cabinets and the Bomb (2007).

Supervised by Lord Hennessy, James Jinks completed his PhD on the history of the UK Polaris programme in 2012. He has since lectured at Queen Mary, University of London. The next title forthcoming from Dr. Jinks is A Very British Bomb, a history of the British nuclear deterrent.