Machinery of government
Past event
18.30
No.11 Downing Street 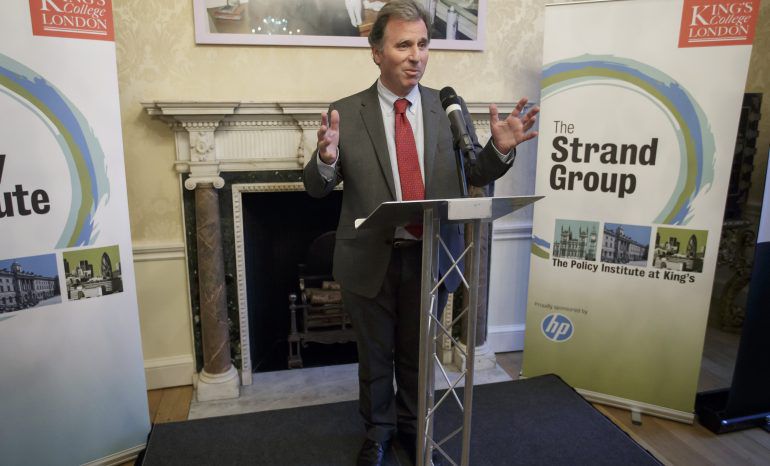 Consisting of a series of interviews with prominent figures from the momentous Thatcher years and filmed in No.10, Margaret Thatcher and Number Ten is the most recent result of the burgeoning relationship between the Policy Institute at King’s and No 10 Downing Street.

The reception celebrated the project becoming fully available online, and was attended by figures from the worlds of politics, journalism, the civil service, business and academia, King’s College London staff and students, as well as those interviewed in the films. Attendees to the reception also had the opportunity to view the project’s films.

Following an introduction by Oliver Letwin MP, Chancellor of the Duchy of Lancaster and member of the No10 Policy Unit during Baroness Thatcher’s Prime Ministership, Dr Jon Davis of the Policy Institute at King’s thanked those involved in the project, drawing particular attention to the close partnership between academia, government and commerce, at the core of the project. 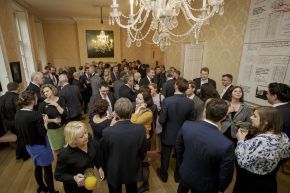 King’s Visiting Professor Sir Kevin Tebbit, formerly Director of GCHQ and Permanent Under Secretary of State in the Ministry of Defence, then echoed these sentiments, noting how government engaging with business at an earlier stage could lead to more productive relationships in the future. Sir Kevin also highlighted the wisdom of government and academia working closely together, as demonstrated by this project, as: ‘No wise government can do this by itself’.

The six interviews consist of: