Dr Jon Davis, Director of the Strand Group and Lecturer in the School of Politics & Economics, has been made a 'Freeman' of the City of London 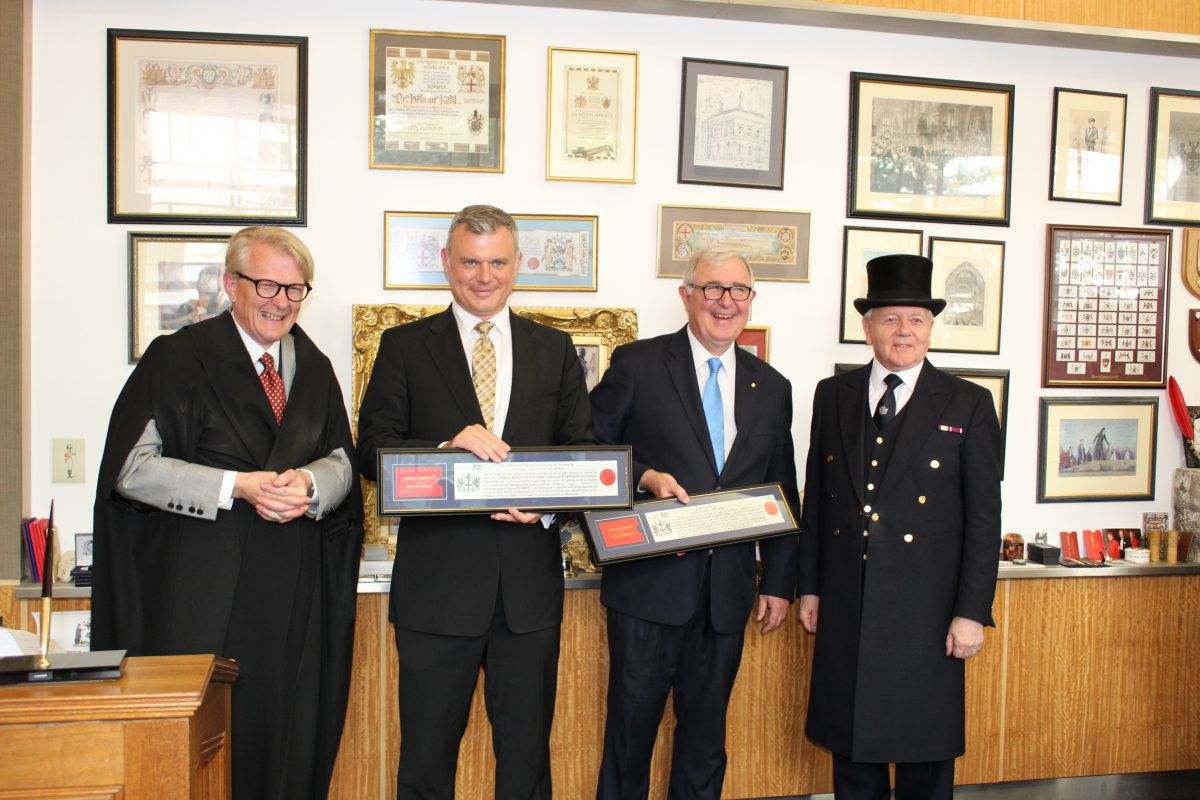 At a ceremony at the Guildhall on Wednesday 11 July, both Dr Davis and the President and Principal of King’s College London, Professor Ed Byrne, were made Freemen; a tremendous honour that dates back to 1237. Becoming a Freeman of the City of London is thought to be one of the oldest surviving traditional ceremonies.  From the Middle Ages and the Victorian era, the Freedom was the right to trade, enabling members of a Guild or Livery to carry out their trade or craft in the Square Mile.

Dr Jon Davis said “As a born and bred East Londoner, to be made a Freeman of the City of London is one of the greatest of honours.”